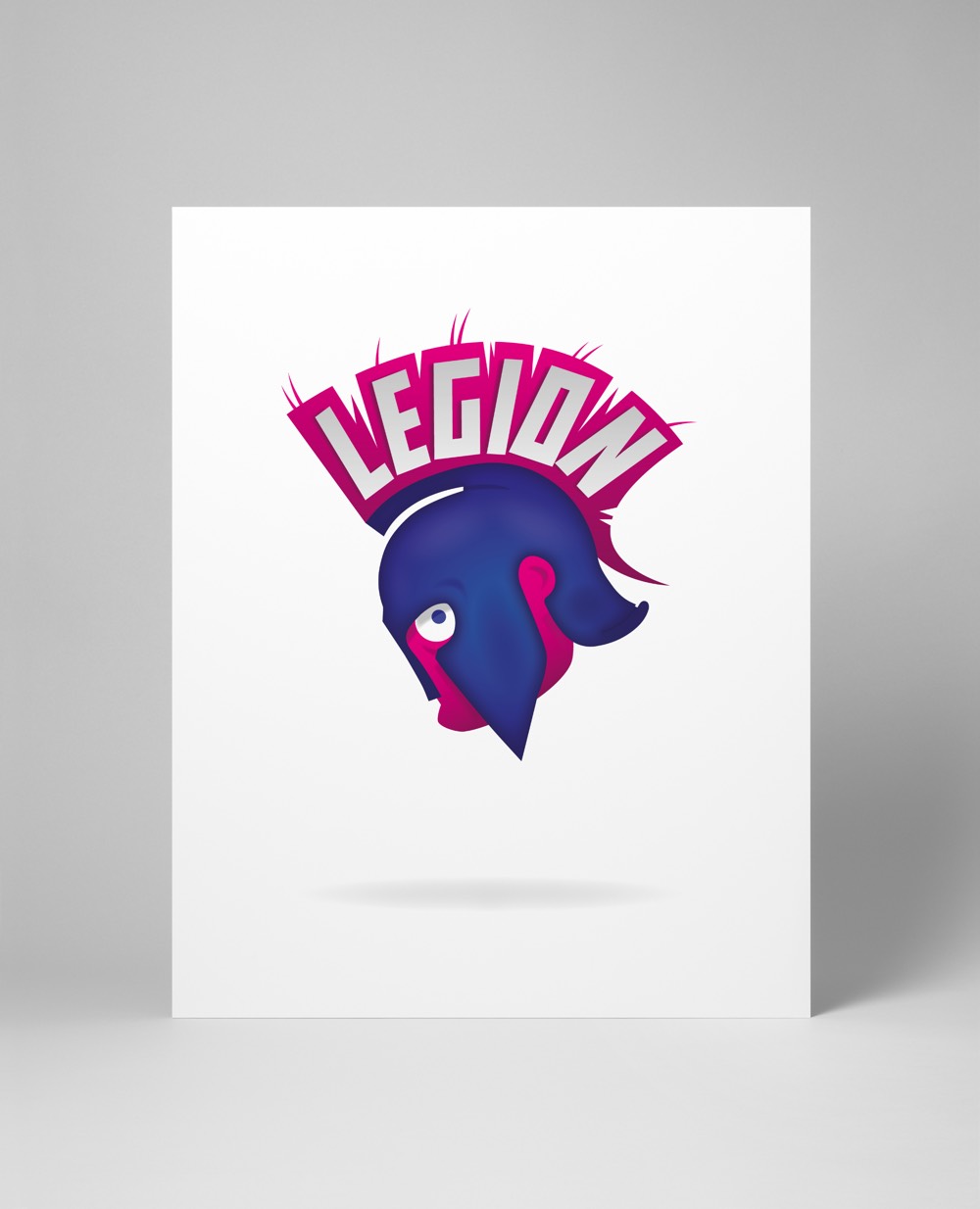 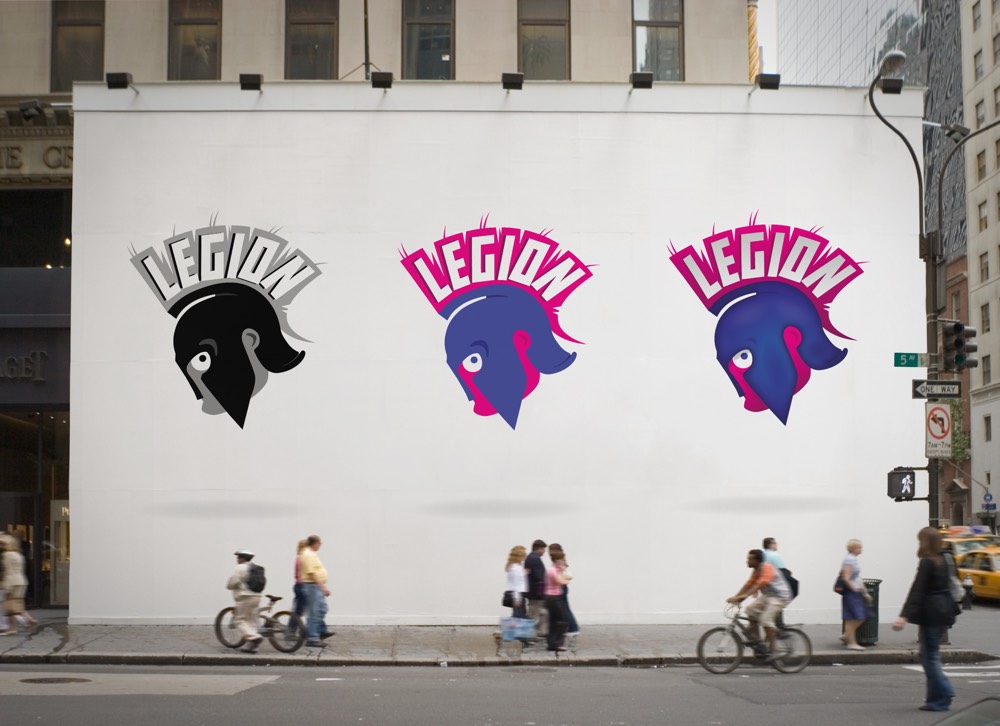 This was a brand development exercise at The Kingdom, where we were tasked with creating a new brand identity for an in-house job management app. I decided to call mine Legion; which was inspired by one of my favourite characters from Mass Effect 2 (which I was playing at the time).  Named after a passage from Mark 5:9 in the New Testament:

My name is Legion: for we are many

This refers to the fact that the character is composed of many individual programs which together, form a greater whole. I thought this fit rather well with what the in-house app was trying to achieve, and how it would achieve that, as it was comprised of many 3rd party API integrations and plugins, all of which would combine to produce the final result.

I then ran with the Legion concept, inspired by the unmistakable profile of a Roman centurion, with their distinctive helmets, crested by plumes of bright red horse hair. In the case of my logo, I used the plume real estate, and incorporated the word Legion. The colours were inspired by the program used to create the app: FileMaker Pro.

Overall I was quite happy with how the logo came out - I ended up creating three versions: black and white, flat colours and a textured colour version. In the end the app itself never took off, but I still think there might be a future for this legionary.